Posted on November 22, 2012 by expensivecare 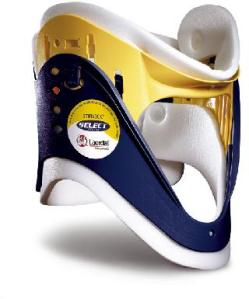 Emergency care is rife with dogma, and perhaps none is more pervasive than the desire, almost to the exclusion of everything else, to prevent further injury to the spinal cord in a trauma patient who may have a spinal cord injury.  The “ATLS position” of walking into a scenario looking like a cross between a zombie and a dalek with hands outstretched ready to manually immobilize the cervical spine while the patient bleeds to death or obstructs his airway is still practiced by thousands the world over.  Paramedics in many jurisdictions still carry out full spinal immobilization on poor blighters who were involved in low speed nose to tails.  The paranoia is such that even otherwise sensible and intelligent practitioners are willing to throw any evidence that there might (or might not) be out the window so as to not upset the ATLS applecart.  Is it possible that in doing so they throw the baby out with bathwater by ignoring the potential harms caused by spinal immobilization?

Over the course of three (possibly slightly ranty) posts, we’ll use some common scenarios to help us have a look for some evidence.  To save myself from reinventing the wheel, a great deal of what is discussed here is distilled from a couple of recent excellent reviews of spine cord injury from ebmedicine.net which can be found here and here but I have gone back to uncover some original papers, some of which are amazing and I strongly encourage you to read.

Paramedics are called to a high speed single vehicle road traffic crash.  The only occupant of the car has self extricated and is ambulant.  He appears to have a fractured right clavicle from his seatbelt (make it left if you’re in North America) and some superficial burns to his face from the airbag.  The car is extensively damaged.  Should he be immobilized for transfer to hospital?

As you are probably already aware, there is an embarrassing lack of evidence for spinal immobilization as a technique to prevent secondary injury.  A (very short) Cochrane review back in 2001 screened 4453 pieces of literature and wasn’t able to find a single RCT of spinal immobilization.  The authors concluded that because of it’s ability to remove focus from the airway and potentially hinder airway care, cervical immobilization may even increase mortality.  Of course some may use this opportunity to put forth the parachute argument – “There’s never been an RCT of parachutes in preventing death when jumping out of planes.  Should we stop using them?”

In 1998 a pretty amazing study was published in Academic Emergency Medicine.  It retrospectively compared outcomes for trauma patients with spinal injuries in patients from Albuquerque, New Mexico, which at the time had an advanced EMS system and Kuala Lumpur, Malaysia; which at the time had no EMS system.  The authors hoped to find out if spinal immobilization had any effect on neurologic disability in patients with spinal cord injury.  The paper is freely available on the Academic Emergency Medicine website and I encourage you to have a look.  Over the 5 year (retrospective) study period the authors identified 334 (out of12,700) patients in New Mexico and 120 (out of16,600) in Malaysia who had a blunt injury to the spine. Of note all of the US patients were immobilized and none of the Malaysian patients were immobilized.  The distribution of injury level (cervical, thoracic, lumbar) was similar between the 2 groups.  More of the patients in the US group were injured in RTCs and more in the Malaysian group were injured in falls.

70 of 334 patients in the US group (21%) and 13 of the 120 patients in the Malaysian group (11%) had “significant neurologic disability.”  Wow.  So that’s an odds ratio of 2.03 for harm from spinal immobilization (CI 1.03-3.99, p=0.004).  This allowed the authors to conclude that “out-of-hospital immobilization has little or no effect on neurologic outcome in patients with blunt spinal injuries.”  The authors of this study found exactly the opposite of what we would all expect to find.

Again, wow.  Lets not get carried away though.  Lots of potential bias here.  Retrospective study.  Huge number of patients screened but relatively small number studied.  Patients not able to be matched for injury severity (no ISS in Malaysia at the time).  Possible survivor bias (all of the patients with severe spinal injuries in Malaysia may have died at the scene or during transport).  More RTCs in the US groups.  There lots to criticize.  But despite all of this, I like this study.  It looks at a question that most are afraid to ask, and gives an uncomfortable answer.

The study also raised some questions for me.  Firstly, how come it was published in 1998 and I only found out about it last week?  Second, why have I been putting collars on patients for the last 15 years?  Third, and more seriously – why hasn’t this intriguing retrospective, hypothesis generating study led to an RCT?

To ethically trial a treatment (or withholding of a treatment) in patients you need a plausible  theoretical mechanism of effect, and clinical equipoise.  The authors of this study point to research indicating that a force of over 2,000N is required to fracture a cervical vertebra and that even dangling the unsupported head off the end of the stretcher only generates 40N.  So theoretically it is plausible that all damage is done at the scene of the crash or fall and that any further movement after this will not cause harm.  It has also been shown that patients in collars will move more than those without collars as they try to adjust to a position of comfort (wear a collar for an hour and see how you like it).

What about equipoise?  Does this retrospective study give it?  I think it gives us the closest we’re ever going to get.  But I don’t think an RCT will ever be done.  It may not need to.  indiscriminate collar use has decreased a lot with the prehospital use of decision making tools such as the Canadian C-Spine Rules (CCR).  I still think collars cause harm, however.  They certainly cause bedsores.  They make airway management more difficult.  As mentioned above they may make awake patients move more.

What I think this study says is that spinal immobilization should be taken down off it’s pedestal and given the same critique that any old-fashioned treatment deserves.  A study around the same time as this one showed that MAST trousers didn’t work and may cause harm.  They were gone by lunchtime.  Why didn’t collars get the same treatment?

Enough ranting.  Lets get back to the real world.  I’m being realistic and accepting that collars are here to stay.  So can paramedics decide whether or not someone needs one?  Well it would appear so.  The NEXUS low-risk-criteria and the CCR are already well established in emergency medicine practice and have been shown to be safe and effective. In fact it has already been discussed  right here. Both rules have been prospectively validated by paramedics, with the CCR appearing more sensitive than NEXUS (100% sensitive in one study, with a follow up study under way).  As long as a decision support tool is well taught and there is effective clinical governance, there should be little risk involved.  The results of the study currently underway should be telling.  If the sensitivity approaches the 100% of the pilot, then there can be no excuse for EMS systems not to allow paramedics to use a clinical decision tool for spinal immobilization.

Stay tuned for part two, about the cervical spine and the airway. In the meantime,  why don’t you tell us what you think about this?

This entry was posted in Neurological. Bookmark the permalink.