Cardiogenic shock – occurs in 10% of uncomplicated myocardial infarctions, suggests greater than 40% loss of functional left ventricule and has an 85% mortality.1, 2 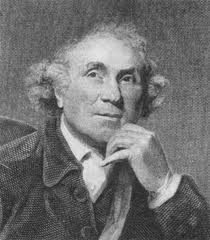 John Hunter, a famous London surgeon during the 18th century, described his personal experience of myocardial infarction. His cardiac problems stemmed from an experiment where he inoculated himself with gonorrhoea. Unfortunately he unknowingly gave himself syphilis at the same time from the contaminated needle. He suffered his final infarction at work and went into cardiogenic shock secondary to a ruptured papillary muscle. Sadly balloon pumps and bypass machines hadn’t been invented and so he died in the corridors of St George’s Hospital, UK.3

Case: Our retrieval team was tasked to a rural hospital where a 60yr old was in cardiogenic shock with florid pulmonary oedema. The patient had already arrested five times despite full medical therapy and was now on double-strength adrenaline. The ED team had difficulties ventilating him and were struggling to improve his sats above 80%. The mission brief was to transfer the patient to a centre capable of revascularisation and/or supplementary balloon counter-pulsation.

The retrieval team reviewed the resuscitative and supportive treatment and assessed for potentially reversible causes. A bedside echocardiogram revealed a big floppy poorly contracting left ventricle. During transfer hypotension, hypoxia and acidosis eventually resulted in an unrecoverable arrest rhythm. It is believed that a further infarct, on the back of long standing cardiomyopathy, reduced the patient’s left ventricular muscle mass to a critical level and this ultimately lead to his demised.

Challenge: To understand the pathophysiology of cardiogenic shock and the treatments are available.

Pathophysiology: Cardiogenic shock can occur with any disease that inhibits the cardiac contractile mechanism.4

Ischaemia may be reversible, i.e. stunned or hibernating, and may even recover completely with restoration of myocardial blood flow.7 Although dysfunctional, damaged myocardium does maintain a latent capacity to contract and is responsive to positive inotropic stimulation.8

Treatment: Initiate resuscitative and supportive efforts while implementing diagnostic evaluation. Hospitals without facilities for angioplasty, surgical intervention or capacity to place a balloon pump should make a rapid decision about transfer during the initial resuscitation phase.

Of note: NSW-HEMS have a helo-compatible balloon pump. This enables balloon pump transfers by helicopter but also initiation of treatment at a ‘referring’ hospital when indicated.15

Summary: Confirm the diagnosis of cardiogenic shock during the initial resuscitation phase. Rule out mechanical defects (with US) and correct any reversible conditions. Optimise pre-load, contractility and afterload; by correction of hypovolaemia (especially if right ventricle affected), use of vasodilators (where tolerated) and commencing inotropes (taking care to limit any detrimental increase in heart rate). Decide early if transfer is required to offer revascularisation, surgical intervention or access to balloon counter-pulsation.

This entry was posted in Cases, Interhospital and tagged Coffee and Cases. Bookmark the permalink.