Simulation, Training and Research (STaR) shifts have recommenced at Bankstown this week with registrars putting each other through their paces with daily simulation.

Scenario – Road team attending a 70 year old male who has fallen 4-5m from his roof landing on his right side. He has sustained an obvious head injury with reduced consciousness and brisk scalp bleeding.

Scene – Male patient in right lateral position at base of wall. First-responder team arrived 5 mins earlier and applied a collar, placed an IV and have given IV ondansetron for “vomiting on several occasions”. They are struggling to control bleeding from a scalp laceration. Wife has just told paramedics he “only takes warfarin for AF”. 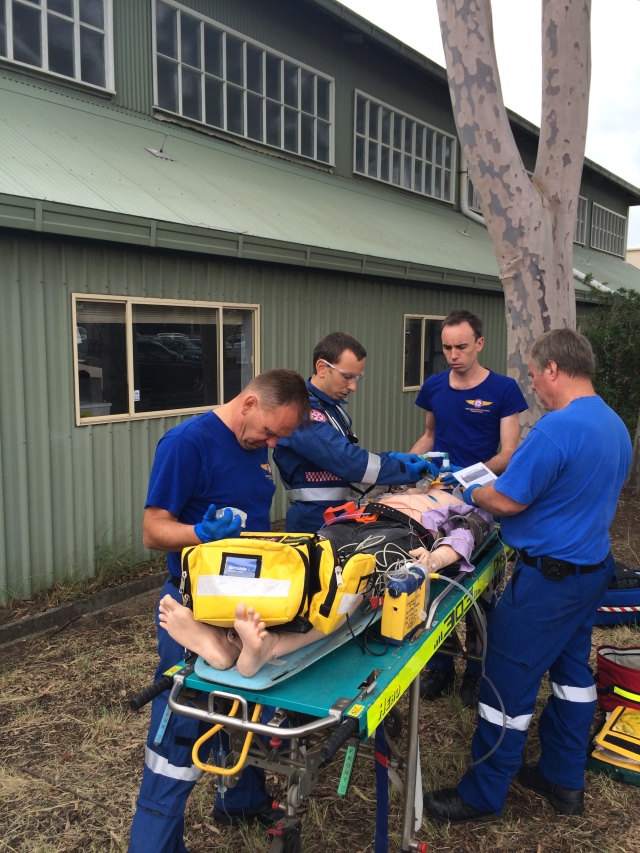 This entry was posted in simulation, training. Bookmark the permalink.